The topic of the gas symposium was biomethane and the European REPowerEU plan. HUTIRA actively participated as well

Natural gas alternatives or its future in Europe. These were some of the main subjects discussed at the symposium entitled Safety, Reliability and Operation of the Gas Network organised in Prague by the Czech Gas Association on 7 and 8 June. According to the participants, the domestic distribution system is now prepared for biomethane and hydrogen admixture. In addition to technology, however, the training of gas engineers will also be important in the coming years.

The key topics of the June meeting at the Pyramida hotel were mainly the gas sector in the context of the ongoing conflict in Ukraine, but also the European REPowerEU plan. It aims to reduce dependence on Russian gas supplies, diversify sources, save energy and accelerate the transition to renewables. Such a plan will also entail necessary changes to the existing gas infrastructure.

According to the European Union, one of the key substitutes for natural gas is biomethane. By 2030, the EU wants to produce up to 35 billion cubic metres per year. “However, intensive cooperation with the state administration is crucial. Unfortunately, there are no effective forms of financial support for biomethane producers in the Czech Republic yet, nor are the technical barriers for connection to the gas network fully resolved,” says Tomáš Stone, Marketing Director of HUTIRA – BRNO, who participated in the symposium.

However, according to GasNet, the operator of the largest gas distribution system in the Czech Republic, its network is now technically ready for 20% hydrogen admixture. In the case of biomethane, everything is already fully prepared. The company has so far signed 10 contracts for the connection of biomethane plants in the Czech Republic. One of these include the biomethane plant in Litomyšl, where HUTIRA – BRNO and HUTIRA green gas act as general suppliers.

Gas will continue to be used in the future

However, according to the symposium participants, gas will continue to play a significant role in the domestic energy mix in the future. “This is why the HUTIRA brand focuses on promoting gas education. We need gas engineers who are able to respond to new challenges,” adds Mr Stone.

HUTIRA – BRNO, which has been gaining experience in the gas industry for 20 years, has therefore also been training students, company employees and engineers of various fields for many years. Recently, together with the Czech Gas Association, the company has established cooperation with the Secondary Polytechnic School in Kyjov, which will open a new programme, Gas Equipment Engineer, in 2023/2024. “The current study programmes in the Czech Republic are far from sufficient to meet the demand on the labour market. That’s why we supported the creation of the new programme and also established a longer-term cooperation with the school in Kyjov. We will offer internships for the students so that they get experience and are prepared for the changes that await our industry,” concludes Mr Stone. 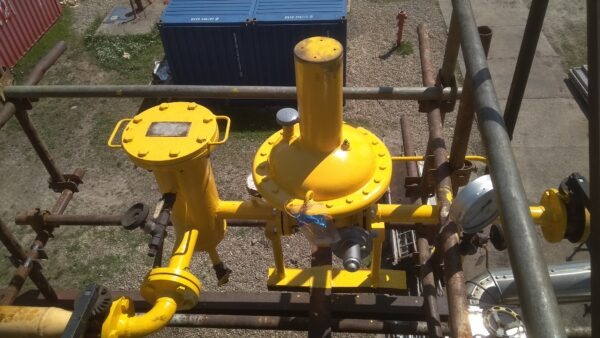 Stay in touch with us

If you agree to the use of all cookies (technical, analytical and advertising), click on the button below "I accept all". If you only want to accept or reject some cookies by category, click the button below "Detailed settings". You can change your cookie settings at any time.

These cookies are necessary for the proper functioning of our website, so it is not possible to disable them. You can set your browser to block these cookies. We warn you that in such a case some parts of the website will not work.